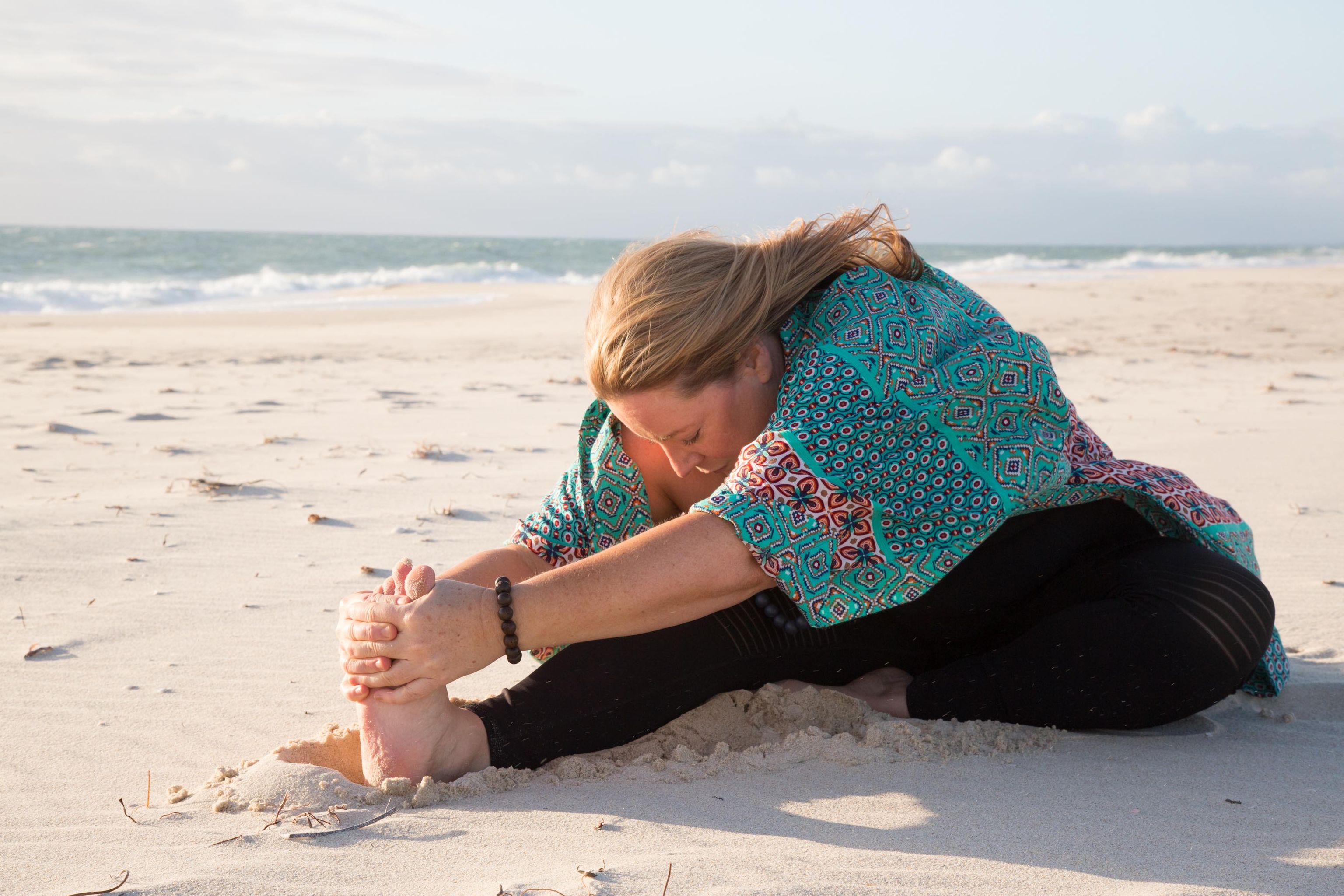 The majority of yoga practitioners in the west are women, yet traditional yogic texts do not speak much to the experiences of women or the unique rhythms and stages of life they go through. Menstruation is a taboo subject both in Australia and most certainly in India, equally menopause and the symptoms women experience are rarely discussed in yoga schools and ashrams. Nonetheless women are embracing yogic practices to manage the symptoms of menopause and flourish during this time.

Our spotlight this month is on the efficacy of yoga interventions for treating menopausal symptoms.

Building on prior research, this article analyses the effect of yoga interventions on menopausal symptoms. Included were 13 high quality trials with 1306 participants. This type of research is called a “systematic review:” It is one of the strongest forms of research that often informs health sciences practices – because it is not based on one study. It seeks to analyse the findings of all studies that meet the inclusion criteria, in this case RCT studies that investigated the effect of yoga on menopausal symptoms, including studies that compared yoga to no treatment, and yoga compared to an active comparator. The type of studies included are strong due to being Randomised Control Trials (RCT), which means the subjects (participants) were randomly assigned to one of two groups – the yoga intervention, or a non-yoga group. This RCT study design is considered the gold standard in research design as it controls for factors not under direct experimental control.

In summary this article provides evidence to support the effects of yoga on menopausal symptoms, in comparison to no treatment. Yoga was found to relieve:

When compared to exercise, Yoga is at least as effective in alleviating symptoms and is superior to exercise interventions on reducing vasomotor symptoms.

There is strong support and evidence base for recommending yoga to students with menopausal symptoms. Even if the student is already active, in some regards (vasomotor symptoms) yoga has been found to be superior, so even a class a week could be integrated into their training/exercise routine for these specific benefits. More research needs to be done to be able to advise specific practices for women, yet if we return to our last research spotlight, it is clear that dose matters more than duration, and regular or daily practice could most definitely be recommended to menopausal women.

Objective: Menopause typically begins around age 50. Three quarters of women experience symptoms including hot flushes, night sweats, fatigue, pain, decreased libido, mood changes. This article updates a prior systematic review from 2012 that made preliminary recommendations for the use of yoga for women with psychological symptoms associated with menopause. The objective of this updated review is to systematically assess and meta-analyse the effect of yoga interventions on menopausal symptoms compared to no treatment or active comparators.

Methods: The authors carried out a systematic review and a meta-analysis. The review adhered to the Preferred Reporting Items for Systematic Reviews and Meta-Analyses Guidelines – PRISMA and the Cochrane Collaboration recommendations for conducting systematic reviews and meta-analysis. Appropriate data repositories were searched, (Medline (via PubMed), the Cochrane Central Register of Controlled Trials (CENTRAL) and Scopus) for relevant articles up to 21st February 2017.

Randomised control trials (RCTs) from peer-reviewed journals were eligible for inclusion. All trials had to use yoga as the intervention and comparison groups could receive either no active treatment or an active treatment. There were no restrictions based on style of yoga or language. Multi-modal interventions where the role yoga played in results could not be clearly evaluated were excluded. However, studies with co-interventions whereby participants in all groups were allowed to have the co-intervention were included. All included studies had to assess important menopausal symptoms such as psychological, somatic, vasomotor, urogenital and/or a score assessing total menopausal symptoms.

The screening and data extraction process involved multiple independent researchers with further independent support providing mediation (during screening) and accuracy checking (during data extraction). The article succinctly articulates the process followed for replication. Risk of bias and threats to validity are clearly provided.

Results and discussion: Thirteen eligible RCTs incorporating 1360 participants were included in qualitative analysis. This is an increase from 5 RCTs with 582 participants in the 2012 review. One RCT was excluded from meta-analysis as it used a comparison that could not be pooled with any other comparison groups.

Yoga interventions lasted between 4 and 16 weeks (average of 12 weeks), with 1 to 14 sessions per week (average of 2 sessions), between 20 and 120 minutes each (average of 60 minutes). Each study included 30 to 355 women (average of 54 participants). The studies included Hatha yoga (n=4), Iyengar (n=1), Integrated Approach to Yoga Therapy (n=1), Mindfulness based yoga (n=1), Yogasana and Tibetan yoga (n=1), Integral yoga (n=1) or unspecified (n=4). All 13 RCTs included postures, 11 included breathing and 8 included mediation. Six of the RCTS were carried out in Asia, one in Europe and 6 in America. The Menopausal Rating Scale and the Menopausal Quality of Life Questionnaire were the most commonly used instruments to measure outcome.

Limitations and Threats to Validity:

Each of the RCTs had some risk of bias. However, when only studies with a low risk of selection bias were included the results did not change substantially. Given that selection bias has been empirically shown to be the most important source of bias in RCTs, the internal validity of the findings can be regarded as acceptable. The results of this review are applicable to the vast majority of women with menopausal symptoms in clinical practice and can thus also be regarded as externally valid.

The variety of underlying styles of yoga limits the interpretability of the findings. That is, it is not possible to drill down on what component(s) of yoga are providing the biggest impact. However, another review of 306 yoga RCTs found no difference in positive or negative conclusions between 52 different styles of yoga, which may suggest that effective yoga interventions do not depend on a specific yoga style.

Yoga can be clearly recommended as an adjunct intervention for menopausal women.

Future yoga research should be reported in a manner whereby the components of yoga can be clearly determined.

Given the potential bias in the included trials, future high quality studies are needed. Future studies need to reduce the potential bias found in all the included RCTs through more rigorous methodology and reporting. In particular, future studies should attempt to ensure adequate randomisation, allocation concealment, intention to treat analysis, safety reporting and blinding of at least outcome assessors.

Reporting of yoga trials needs to be improved, for example, by adhering to standard reporting guidelines such as the consolidated standards of reporting trials (CONSORT).

Trial: A research study performed to evaluate a medical, surgical, or behavioural intervention.

Randomised Control Trial (RCT): A trial in which participants are randomly assigned to one of two groups: the experimental group receiving the intervention that is being tested or the control (comparison) group receiving an alternative or no intervention.

Threat to validity: Risk that the research experiment and/or results are not valid.

Internal validity: The extent to which you can be confident that a cause-and-effect relationship established in the study cannot be explained by other factors.

Selection bias: Bias introduced when the participants in a study are not representative of the target population about which conclusions are drawn.

Attrition bias: Bias that can occur by an uneven loss of participants from groups in an RCT study before completion.